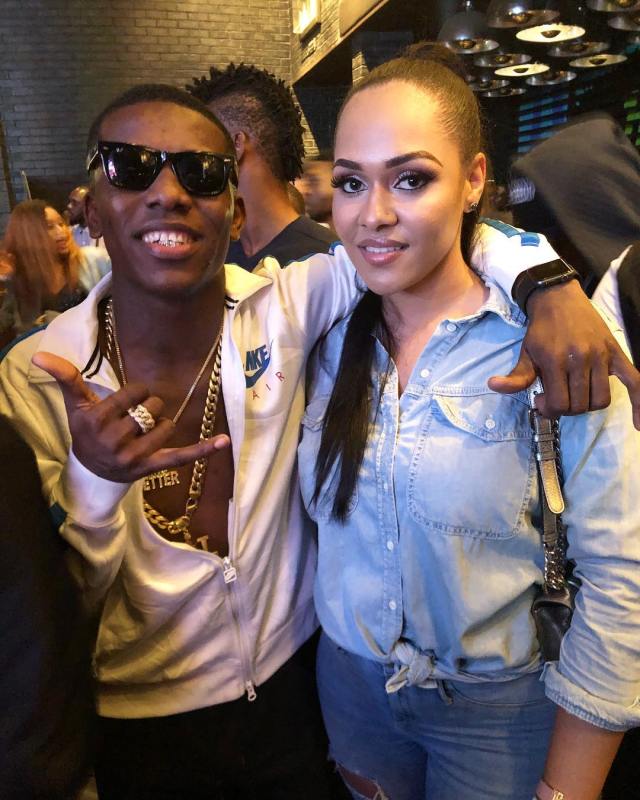 Tania, apparently went to a show and witnessed him perform on stage, and she could not help it, as she was totally captivated by the talented artiste’s energy.

She shared on her snapchat, a photo of Small doctor performing on stage and wrote:

“If you know me even just a little bit you know this song destroyed my destiny.”

She also shared the picture she took with the Singer on her social media platforms, and wrote; “If you know me you know that my year is now complete.

I finally met @iam_smalldoctor and got to watch him perform my jam… I don’t think anyone loves penalty more than me.” 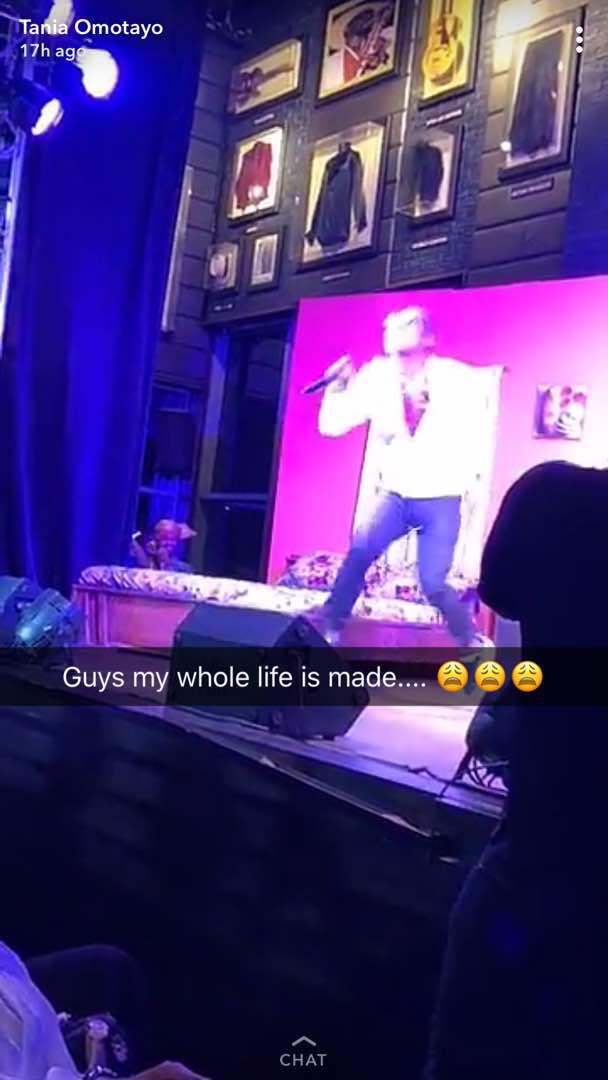 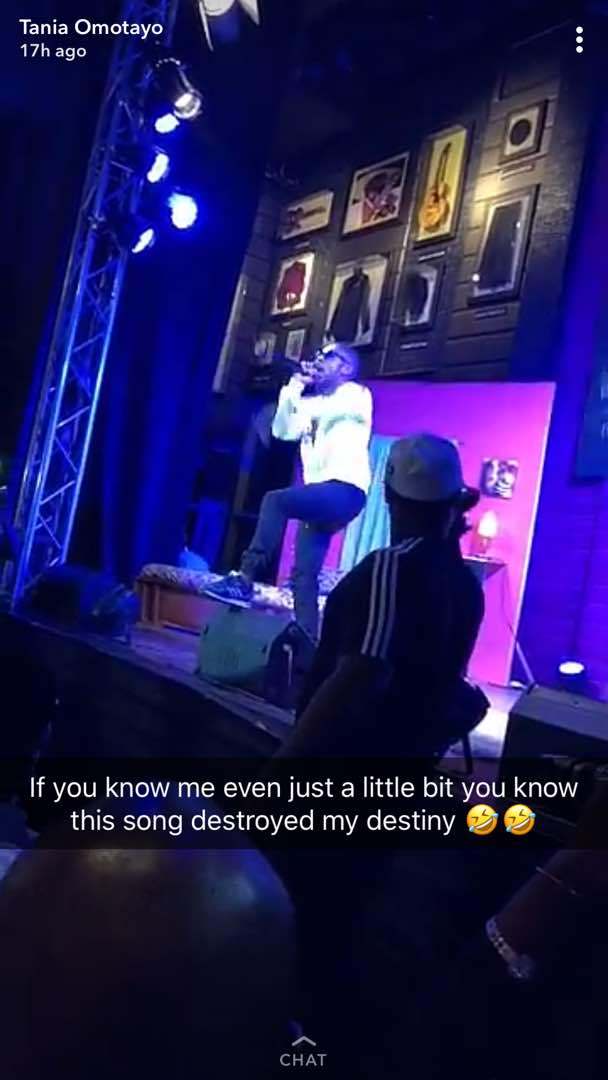 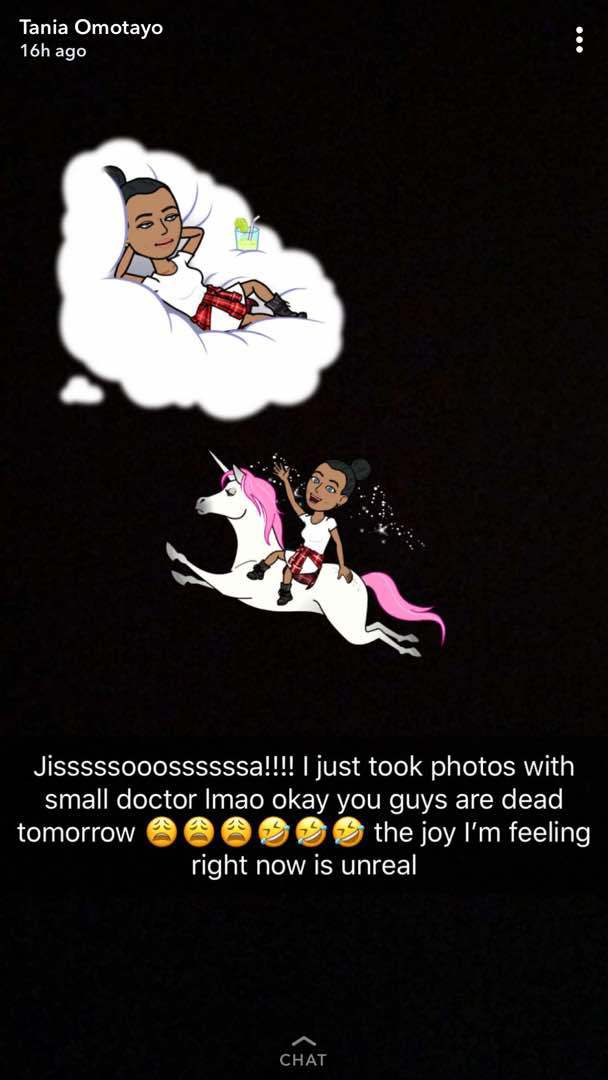 It didn’t stop there, Tania who was elated also shared a screenshot of Small Doctor’s comment on her page:

Meanwhile, in October, Tania Omotayo who graduated from college 4 years ago, revealed that she’d decided to further her studies in the University of the Arts, London. 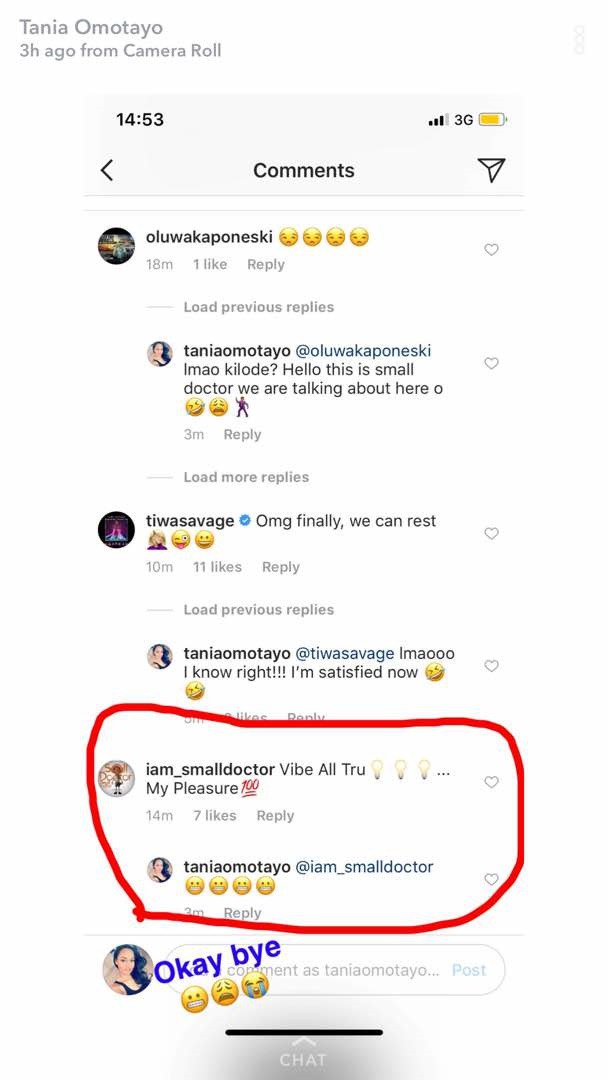