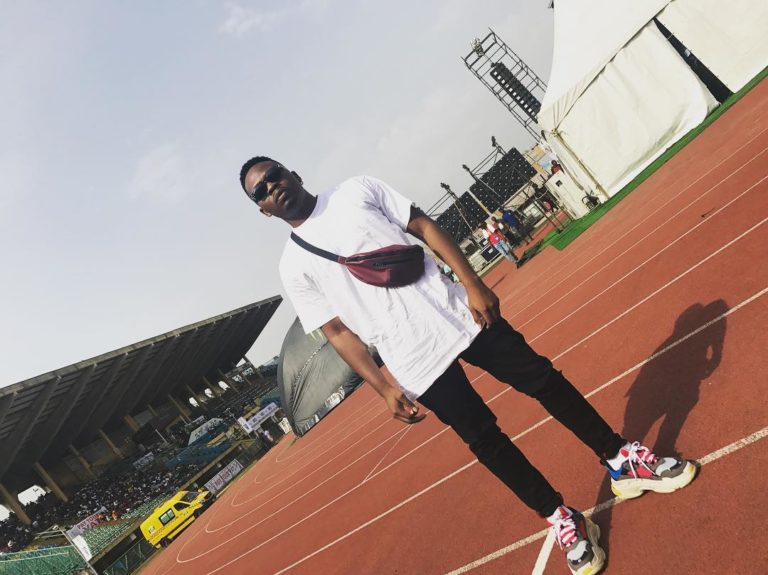 Olamide has drawn social media backlash for inviting a police officer attached to the notorious Special Anti-Robbery Squad, SARS, to perform at his event.

Olamide posted a flyer to announce Yomi SARS’ scheduled performance at the fourth edition of Olamide Live in Concert event in Lagos.

The event is currently underway at Teslim Balogun Stadium.

The disclosure angered Twitter users, who attacked Olamide for being insensitive.

Yomi SARS has defended his department from allegations of rights abuses which dominated social media discussion this month.

Many users want SARS shuttered and a new department devoid of ‘uncivilised and criminaly-minded persons’ be created to replace it.

Olamide was amongst the earliest celebrities to join the campaign, which has trended on social media as #EndSARS.

The police acknowledged the gruesome allegations of rights abuses leveled against SARS personnel across the country, but said a minor restructuring will suffice rather than an outright dissolution.

Yomi SARS, whose real name is not immediately known, has defended the action of SARS personnel amidst campaign to shut the department down. He’s also a music artist.

Here are some of the reactions to Yomi SARS’ scheduled outing as posted on Twitter:

Here are some tweets; 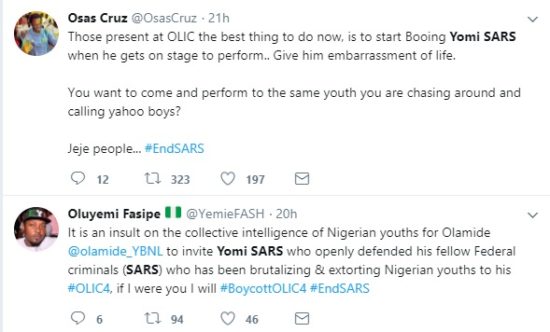 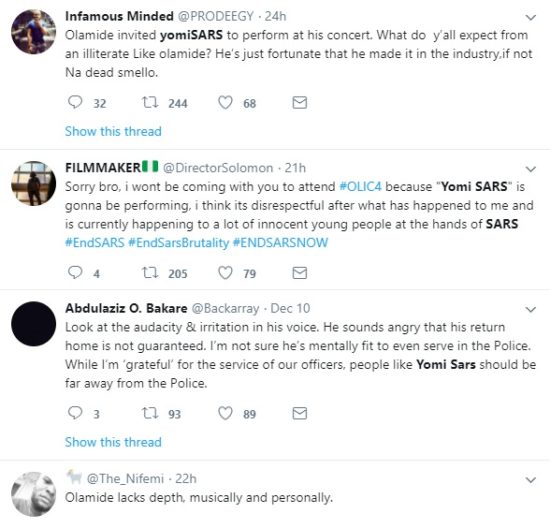 The real shock is not Yomi SARS performing at OLIC. It is that folks actually overrated Olamide's intelligence.

Yomi SARS started the Oja ti burst song with a description of a random encounter with a SARS officer "Hide your money, your iTunes and your finger print " LOOOL. Nigeria na banter