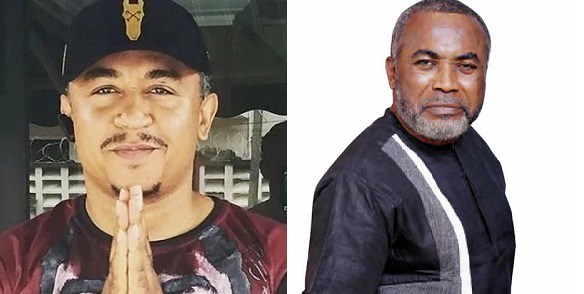 The debate on tithe continues nationwide, all thanks to controversial OAP, Daddy freeze. Now, Veteran Nollywood Actor, Zack Orji has shared his opinion on why tithing should not be condemned.

Speaking with sources, the actor said people speaking against tithing are ignorant, adding that it is a terrible thing to condemn pastors and Bible.

OAP Freeze has been in the forefront of the controversy that has generated reactions from men of God. Zack Orji, while disclosing he has been a pastor for five years added that tithe is a personal thing.

RELATED:  Actress Genevieve Shares Beautiful Photo With Her Siblings As They Spend The Christmas Together

He said, “I am a pastor, ordained for five years now. The issue of tithing is a personal thing. “I get very careful about making certain statements I have watched some people condemn tithing, say a lot of things about men of God and I pity some of those people because they are speaking out of ignorance”

“Pity will not solve this dilemma sir, all we need is scriptural evidence of where Jesus our High priest under the order of Melchizedek collected tithe, or where our first pastors, the disciples and apostles collected tithe or where believers who weren’t Jewish paid tithe, simple!” 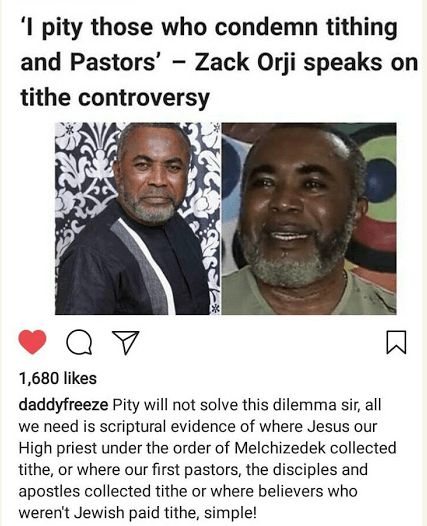