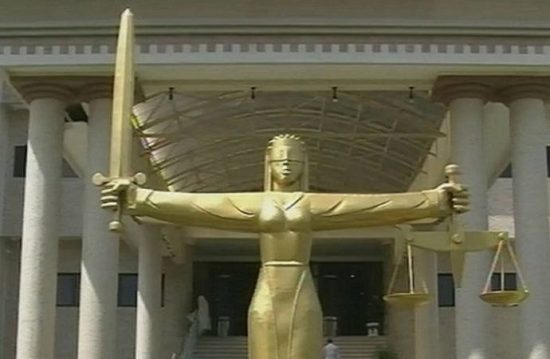 A 63-year-old woman, Chinyere Obilonu and her son, Emmanuel Obilonu, 23, on Tuesday appeared in a Mararaba Upper Area Court, Nasarawa State, for allegedly defrauding her husband of N177,000.

The mother and child who reside at Sharp Corner, Mararaba, are standing trial on a two-count of conspiracy and theft. The prosecutor, Cpl. Hamen Donald, told the court that one Godwin Obilonu, a husband and a father to the defendants reported the matter at the divisional police station, Mararaba on November 15.

RELATED:  Woman Who Donated Her N1m Savings To Buhari’s Campaign Has Died

He added that N100, 000 was transferred to a UBA account; N50, 000, to an Access Bank account; and N27, 000, to a Fidelity Bank account. The prosecutor said that in the course of investigations the account numbers were traced to the defendants. He said that the offences contravened Sections 97 and 288 of the Penal Code. The defendants, however, pleaded not guilty to the charges.

The Judge, Ibrahim Shekarau, granted bail to the accused in the sum of N50, 000 each with a surety in like sum. Shekarau said the sureties must reside within the court’s jurisdiction and must deposit two of their recent passport photographs each. He adjourned the case till Jan. 29 for hearing. I Used To Smoke, Had Girlfriends But Never Tasted Alcohol – President Buhari