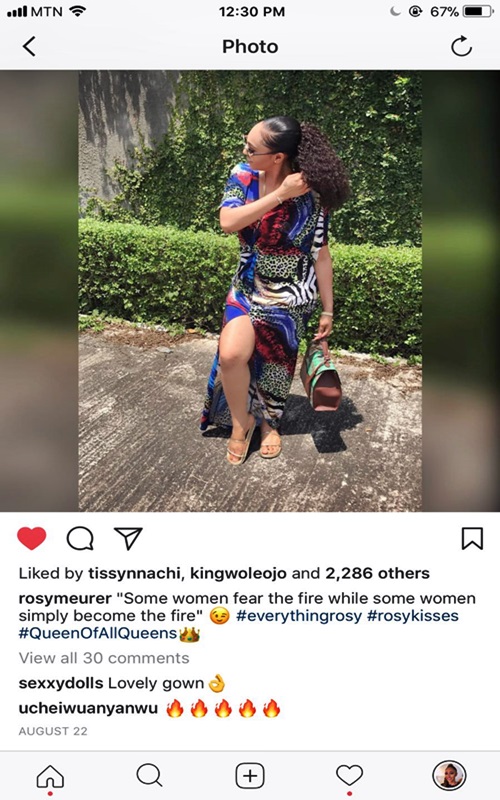 As the TV reality of show of Tonto Dikeh keeps trending on different social media platforms, veteran actress Mercy Johnson reacted earlier today in The same of words of fast rising Actress Rosaline Meurer which she used to describe one of her appearances on her instagram page 4 months ago “Some women fear the fire while some women simply become the fire”

Mercy Johnson reaction followed Tonto Dikeh’s plastic surgery move in her new reality show. But the question begging for answers is weather the exacts words used in her reaction is mere coincidence with statement made by Rosaline Meurer Months back? 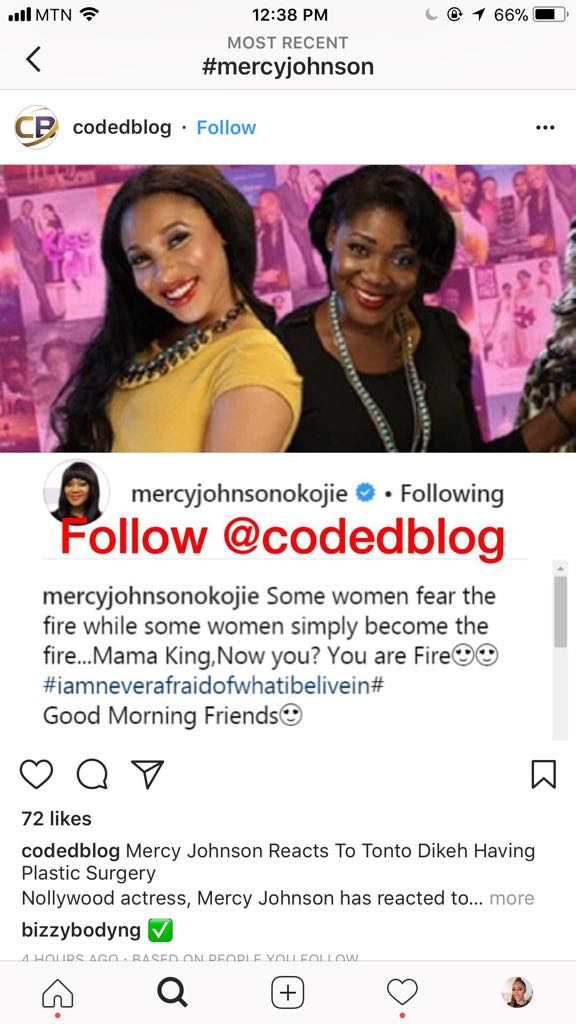 Or was it a deliberate move to shade the young controversial actress allegedly accused of breaking Tonto Dikeh marriage?

It would be recalled that Mercy Johnson and Tonto Dikeh were in enemity until the later apologised after her marriage hit the rocks. Photos: Falz & Simi Perform Together At The Falz Experience