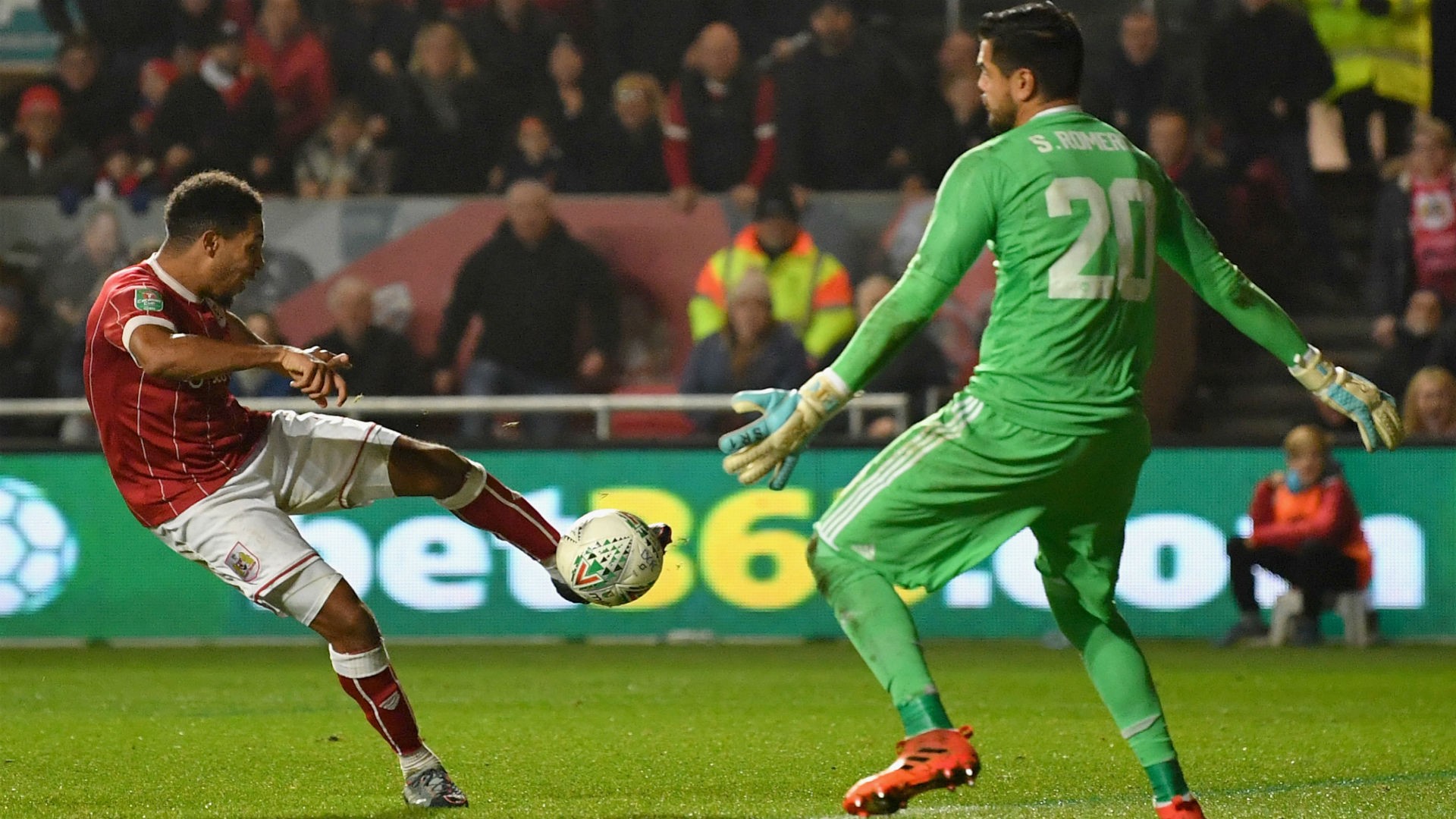 United’s team was not lacking in star quality, with Paul Pogba – returning from suspension – starting alongside the likes of Marcus Rashford, Zlatan Ibrahimovic and Anthony Martial, but City produced a marvellous performance, Smith’s last-gasp winner sparking scenes of jubilation and a pitch invasion at Ashton Gate.

Ibrahimovic and Rashford both hit the woodwork in the first half, but United were by no means in control and City opened the scoring as Joe Bryan netted emphatically just after the break.

An equaliser followed swiftly, though, with Ibrahimovic – making his first start of the season – scoring a free-kick, eight months on from his last goal after a long injury layoff.

And although United continued to create chances, with Romelu Lukaku going close a couple of times, City also remained a potent force in attack.

When extra-time appeared to be beckoning, Smith latched onto Matt Taylor’s fine pass and blasted in from close-range in the very last minute to send the Robins into the final four.