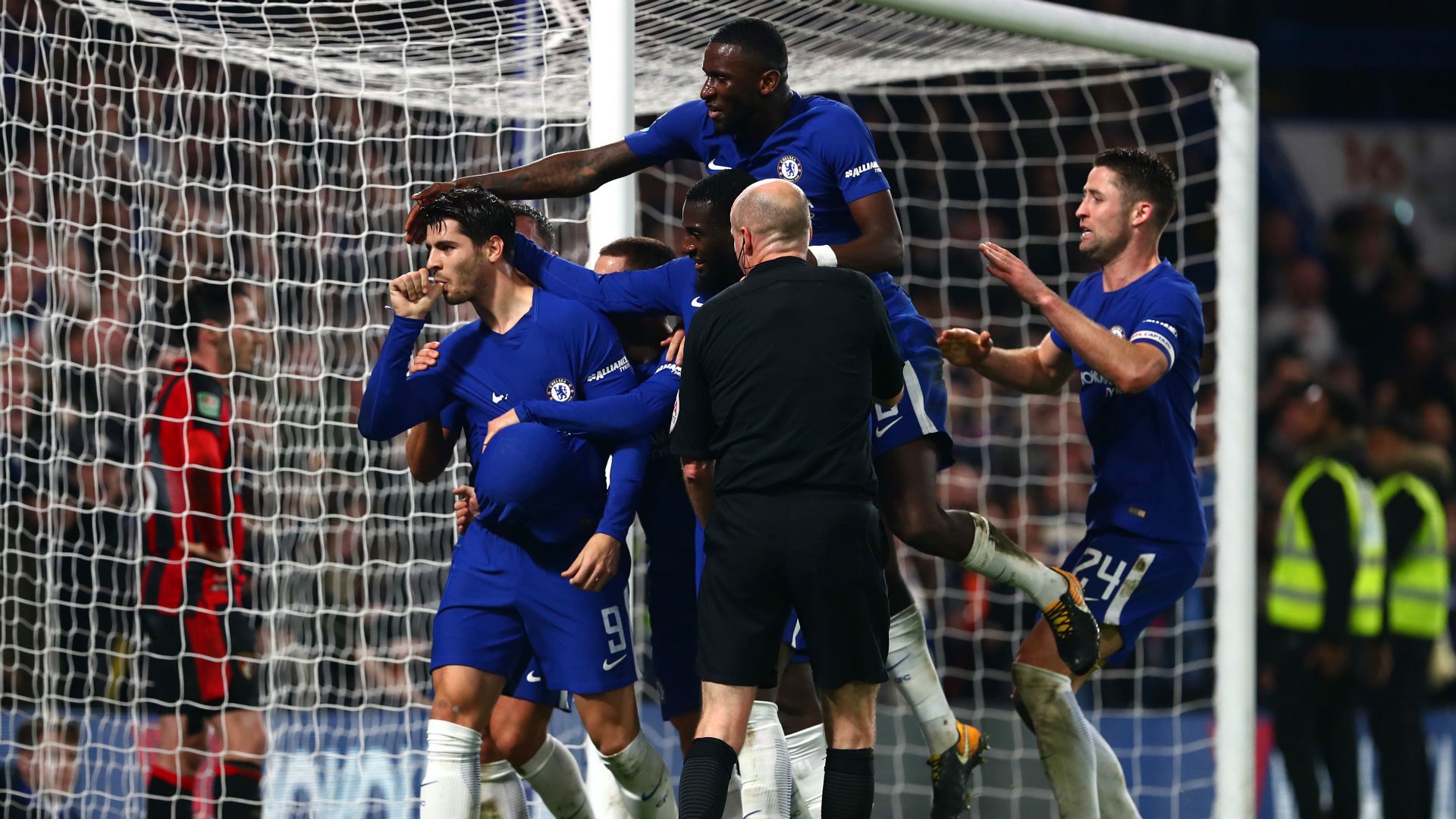 Alvaro Morata snatched a dramatic 91st minute winner moments after Bournemouth had equalised as Chelsea reached the EFL Cup semi-finals with a 2-1 win at Stamford Bridge on Wednesday.

Introduced in the 73rd minute, Spain strike Morata broke the visitors’ hearts by combining with fellow substitute Eden Hazard to book his side’s place in the final four.

But they were ultimately denied what would have been the club’s first ever appearance in the next stage, with Chelsea instead still in contention for a second EFL Cup triumph in the space of four seasons.

Willian earlier capped a well-constructed move in the 13th minute to give his side a lead, which they held for almost the entire match.

And Bournemouth’s disappointment will be compounded by the first-half loss of Jermain Defoe, who was forced off early following a heavy challenge from Ethan Ampadu.